Natasha Spivack and her Staff

Encounters International cannot possibly operate without a caring and competent staff working diligently for the success and happiness of their clients. On this page, we will introduce you to the people that are working behind the scenes on your behalf. 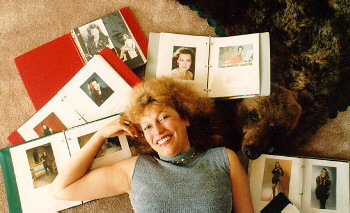 If there is someone considered to be the visionary of Encounters International, it is Natasha Spivack. She has a laser sharp focus on the direction of the agency and how best to achieve it. You may hear Natasha explain to a new client, "Natasha knows best." Many clients have discovered (some the hard way) that this is not a casual statement, but a fact. Her clients are the reason for the agency, the success of the agency, and the inspiration for Natasha to work nearly around the clock. So just what is Natasha's background and how does that help Encounters International clients?

Natasha was born in Moscow, Russia. The exact year is one of the best kept secrets at Encounters International and perhaps in post cold war era. She graduated from Moscow University with a degree in Linguistics and a minor in Psychology.

After successfully completing her studies, Natasha met and married Boris. He was a Jewish dissident whose greatest desire in life was to emigrate to a 'free' country to live. In 1985, the couple's share dream became a reality when they were granted permission to leave the former Soviet Union and go to the United States.

In America, a free country, nothing seemed to stand in the way of their happiness and success. Natasha was employed as a Professor of Russian and the prestigious Johns Hopkins University School of Advanced International Studies. Boris put his education and training to good use as an Engineer at the local power utility.

At first, the couple did not always understand our American humor. They were the subjects of many jokes because their names "Boris and Natasha" were popularized on The Adventures of Rocky & Bullwinkle Show! They were the two Pottsylvania spies always plotting to eliminate Moose and Squirrel for Fearless Leader. Soon they began to participate in the fun.

The couple's excitement and happiness about their new life came to an unexpected and shocking end when Boris, then 34, was killed in a car accident 18 months after their arrival. At that time, Natasha was thrust into the world of a single parent with two small children in a new and unfamiliar land.

To say that this experience changed Natasha's personal and professional life is an understatement! It would be like saying the Titanic was just a cruise ship. This experience changed both her personal and professional life forever! Later, Natasha began to experience, first hand, the difficulties of being single and the challenges of meeting the right person. After years of being a dedicated single parent to her children Natasha was also frustrated with the "trial and error" method of meeting people.

Natasha became a believer that there are not really bad people or bad dates, just bad matches. Bad matches can happen because people rely on chance, luck (good or bad), or even just plain old intuition when looking for a life partner. She learned by experience that her friends were the best and safest way to meet a person. In other words, Natasha discovered that a friend is the best matchmaker and a matchmaker is the best friend!

At the same time, she realized that the process of meeting the right person, a soul mate, does not have to be a painful process filled with guess work and hard knocks. On the contrary, Natasha discovered that the process can be fun and fulfilling when it is approached with the right attitude and using the right tools. For Natasha, the proof positive was when her best friend from Moscow got engaged to and ultimately married the man Natasha introduced her to, here in Washington, DC.

Not long after that important wedding, Natasha decided to take her first trip back to Russia for a visit. It had been eight long years since she had last visited her homeland. For Natasha, it was simultaneously a happy time and a sad time as she caught up on the lost time with her many girlfriends in Moscow.

She was excited to renew old friendships with close friends in her native land. However, Natasha was saddened to learn that their lives were filled with the negative impact of economic and social changes in Russia at the time. As she heard their stories, one common thread was present; there were no happy endings!

These ladies were all very beautiful, but more importantly, they were sincere in their desire to have a family life. On one hand, they were the best candidates to be successful in life, love, and marriage. On the other hand, they seemed unfairly destined to a life of unhappiness and loneliness.

Natasha knew that there was at least one match for each one of these ladies back in America. It was only a matter of getting them together with the matches in her mind. Natasha knew that amateur matchmaking was not the answer. She knew that this needed to be a business, a full-time business venture. Good matches were made in heaven. Strictly speaking, the full-time successful matchmaking business would be a tool to implement God's will. When Natasha departed Russia to return to America, she made a promise to her girlfriends to try to do something to help them.

That promise to do 'something' was how Encounters International started. In 1993, Natasha opened the doors of the agency in Bethesda, MD. Her dream was to use her combined knowledge of and expertise in Russia, the culture, and the ladies there, leverage her training in Psychology, and combine her experience of being single in America to produce the 'something' she had promised.

Never did Natasha expect the success of this dream to become such a fulfilling version of the day-to-day reality in her life. Beyond the promise made to her girlfriends in Moscow was the fact that Natasha's deep belief that bringing together the right people makes her happy, joyful, and fills her life with inexpressible fun.

That was the time when Natasha decided to leave behind the position of University Professor and transition to a full time Russian American matchmaker. Encounters International quickly became a major part of her life. The experience and personal relationships she has made along the way are something that can never be replaced. Natasha did not ever expect to have such a positive impact on so many individual lives or bring those individuals together for happy futures. She did not expect to make so many friends nor have so many people around her that are sincerely grateful to her for doing something she loves.

Because Natasha is a friend to her clients and personally knows many of the women in the agency, she is well placed to continue her matchmaking roll of introducing friends to friends. In today's point-and-click world of over 400 agencies, only Encounters International has Natasha Spivack. Thus, the agency is set apart by the personal service provided by Natasha to her clients; her friends! 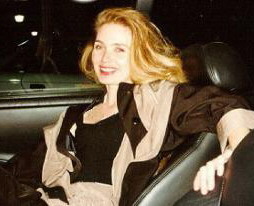 Throughout history, there have been fictional and non-fictional accounts of great sidekicks or top notch assistants. Bonnie had Clyde. OK, that is not a very good example. Thelma and Louise. How about, Sherlock Holmes had Dr. Watson. The Lone Ranger had the faithful and level-headed Tonto. Well, the point is that Encounters International is no different.

Natasha has Inna Sorokina, the sidekick's sidekick. She is a wonderful example of the caliber of women from Russia. Inna spent several years in her pediatric medical practice and is one of the more attractive Russian exports.

Inna joined Encounters International several years ago when she, like many other young ladies in Russian decided to try to find her soul-mate in America. In March 1995, Inna ended up working in the Bethesda office. At that time, her focus shifted from her happiness to the great joy of helping others realize their life long dreams of family, security, and happiness. Today, Inna oversees and performs the video tape interviews here in Bethesda. We also use her tremendous graphic artist talents for the Encounters International web site and videos.

When you visit the Bethesda office, you will likely be greeted by Inna. Her office is right inside the entrance. Inna is usually the first person you see coming in and the last person you seen as you leave. That is not such a bad thing. Then again, perhaps we need to move her office to remove the 'distraction.'

As you know, Encounters International has three overseas offices, located in Moscow, Russia, Yaroslavl, Russia and Kiev, Ukraine. Each office has a truly dedicated and caring manager on staff as a full-time employee of the agency, not part-time or as a hobby. Clients know our managers are passionate about their work and compassionate about their visiting clients!

There is a bit of friendly rivalry between the Moscow, Yaroslavl and Kiev offices. Both Tatiana (Moscow), Lubov (Yaroslval) and Natasha (Kiev) 'know' they have the most beautiful and best-educated ladies in the agency. They compete to see which office can treat the visiting clients the best; exchanging results by e-mail. Of course, with this service-oriented attitude, the clients have a hard time choosing the 'best' visit destination.

Tatiana, Lubov and Ludmila are both university educated and believe they were natural born matchmakers! While working for Encounters International they have accumulated a lot of experience in bringing couples together. Each has a unique way of communicating with clients and local ladies to help in smoothing over minor cultural misunderstandings that may come up. They work very hard behind the scenes for each client that visits. Some things are obvious and others may never be directly observed by the client.

Because of this work ethic and desire for a positive outcome, many clients visiting Moscow, Yaroslval and Kiev have reported "fantastic" and "exceptional" experiences with Encounters International. Those same clients contrast that to their former "horrible" experiences with other agencies. Natasha can help start the process from the USA. However, Tatiana, Lubov and Ludmila will work to ensure all goes smoothly and successfully when you are overseas. 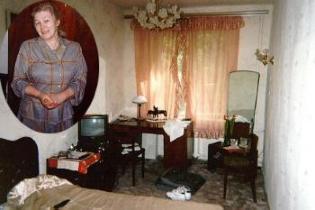 Last, but certainly not least is Inna Scherbakova. She functions as our apartment caretaker and coordinator in Moscow. Some of our clients are making their first overseas trip. Inna is in Moscow to make the transition into a new, temporary location worry free and effortless. With all the attentive stress and pressure of meeting a lovely Russian lady, the apartment is the last thing our clients need to be concerned about.

She has the unique ability to break the ice with the clients and ladies at the same time. Within a matter of minutes, everyone is feeling welcome and at home thanks to Inna! The ladies in Moscow are able to make an instant friend with and confidant in Inna. Of course, this is a valuable resource and asset for our visiting clients.

Inna is a retired cardiologist and medical researcher. Interestingly, she knows the location of our Bethesda office because of her past association with the National Institute of Health, also here. Retirement has done nothing to slow Inna down. She is a woman of inexhaustible energy and drive.